Shooting long-range like a pro is easier said than done, right? The skill takes time, dedication, and money to master. But what makes the task a little easier to accomplish is a riflescope. Technology has been so kind as to provide just the right kind of tools for helping you strike long-range shots on-point. In that case, welcome to the Burris Eliminator 3 review.

It’s a sleek riflescope equipped with advanced technology. The objective lens of 50mm and magnification of 4-16 are some of the best features of the scope. Along with the integrated finder that ranges out till 750 yards when the target is non-reflective. And as far as 1,200 yards when it’s reflective.

But it’s an expensive riflescope. So it’s only wise to get to know what the thing is capable of achieving and what are its weak points. Only then you can decide whether or not Burris has manufactured a riflescope that’s worth spending your money on.

The Burris 200116 Eliminator 4-16 x 50 x 96 Scope is, unquestionably, a tough competitor in the category of the most advanced hunting and tactical riflescopes currently available. It’s the epitome of phenomenal technology. That combines the functionality of riflescopes and laser rangefinders.

Burris has brought into existence many remarkable scopes, no doubt. Such as the Predator Quest, Veracity, XTR II, Scout, etc. But I chose to review the Eliminator 3 because I strongly believe that every avid hunter should know about not only its presence. But also about the various mind-blowing features the riflescope is outfitted with.

It’s more than just a sleek, compact optic you know. Even though the aesthetics are not so visually pleasing, functionality and performance are quite impressive. So don’t let appearances deceive you. The Burris 200116 Eliminator 3 is the most innovative and effective riflescope for hunting.

Pros of the Burris Eliminator 3:

Cons of the Burris Eliminator 3:

If I tell you that the glass of the Burris Eliminator 3 Riflescope is great and crisp, would you believe me? These claims don’t mean much if there’s no benchmark against which you can compare Eliminator 3.

In light of the matter, comparing the Burris Eliminator III Scope to other scopes and rangefinders is the only sensible thing to do. You might think the competitors fall in the same price category, but that’s not the case here. So don’t mind if there’s a huge price difference.

Here are the benchmarks:

These 2 are capable of giving you a more realistic feel and clear idea about just what you should expect from the Burris Eliminator 3. 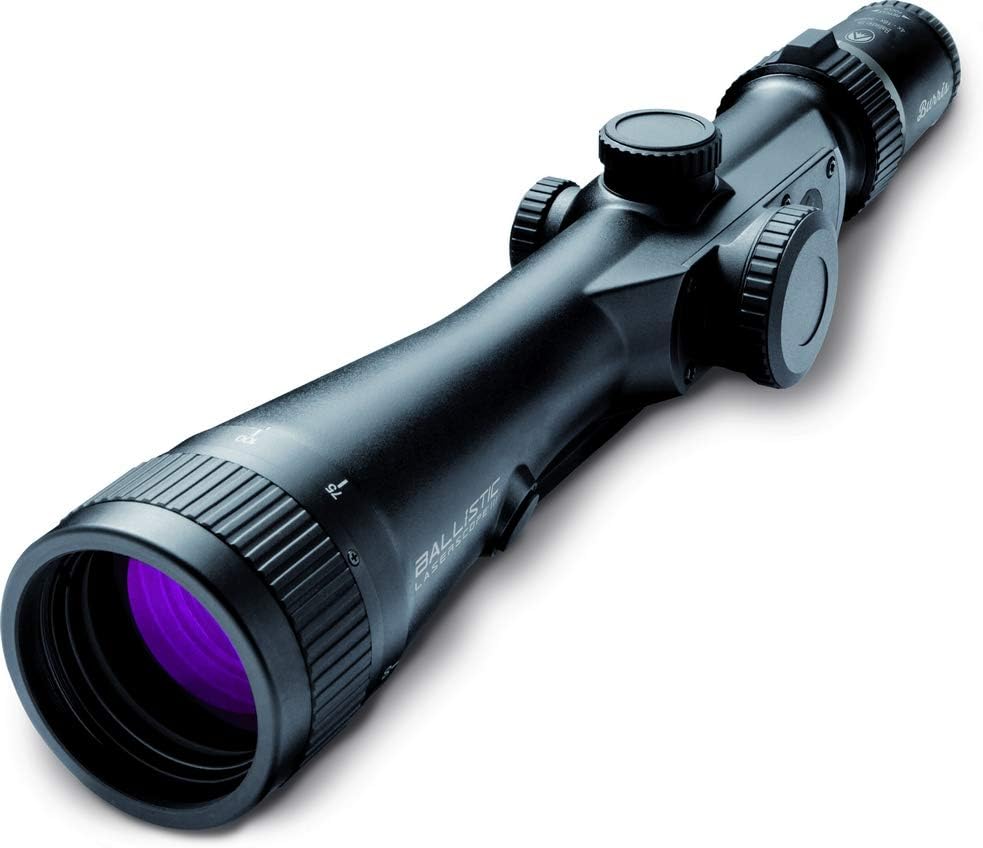 The glass the Eliminator III Riflescope is designed with does leave some room for disappointment. This means light transmission and glass clarity are only average in terms of performance. And not great!

But when you compare Burris to Nikon, the latter is slightly worse. It’s much less dark and crisp. As for the ATN scope, its glass is the worst. Pixelated sight picture always scores the lowest points.

But in its defense, the ATN X-Sight works as a full-fledged digital riflescope. The scope employs an entirely different technology. Plus, it’s got night vision for compensating for the inferior quality of light transmission.

When using the Eliminator 3, you enter the ballistic information first. It’s something you have to do only once unless you decide to change the load.

After that, just point the crosshairs in the direction of your target. And then press the scope’s side button or remote switch. This activates the rangefinder. Now you can see the distance, wind the date, and holdover your position on the glass.

The scope’s smart holdover has the ability to move along the reticle only in a vertical line. You can adjust the holdover for downhill and uphill inclination. However, manual adjustments for wind are necessary. And for that, a wind holdover with reticle design works best.

Moving on to wind data, you’ll be glad to know that the Burris Eliminator 3 tends to capture only velocity. That is miles per hour at the exact point of your scope, minus any direction. This means you might require some level of experience or an additional tool when it’s windy.

But on a calm, sunny day, shooting anywhere between 100 and 600 yards allow you to connect all your shots right on the very first try. Now I know that this doesn’t sound impressive if you’re an experienced long-range hunter or shooter. But for the average Joe, it’s a huge achievement.

Comparatively speaking, the ATN riflescope’s holdover and rangefinder are slightly slower in terms of operation. And that’s because you’re compelled to enter the wind data on the user interface. But the upside here is that there are holdover adjustments for wind. On top of that, you can even shoot long-range (600 yards) accurately.

Another unique characteristic of the ATN X-Sight is the video recording feature. I’m sure many shooters would like to have the option of recording “X” seconds pre and post recoil.

What about the Nikon IRT? This scope too has an integrated rangefinder. But there aren’t smart holdovers in this case to suit your particular load. That suggests you have to use the conventional BDC reticle. Nevertheless, there’s no doubt you can shoot long-range accurately. But with a little more hard work!

Burris Eliminator 3 Review: Waterproof or Not?

Needless to say, rangefinders don’t work in smog, rain, and snow. However, Burris Eliminator III is a waterproof riflescope. But it can only withstand rain to a certain degree. Much like the ATN and Nikon scopes!

Don’t expect the range of all 3 models to be effective during rain, smog, and snow. Particularly when such conditions are heavy! 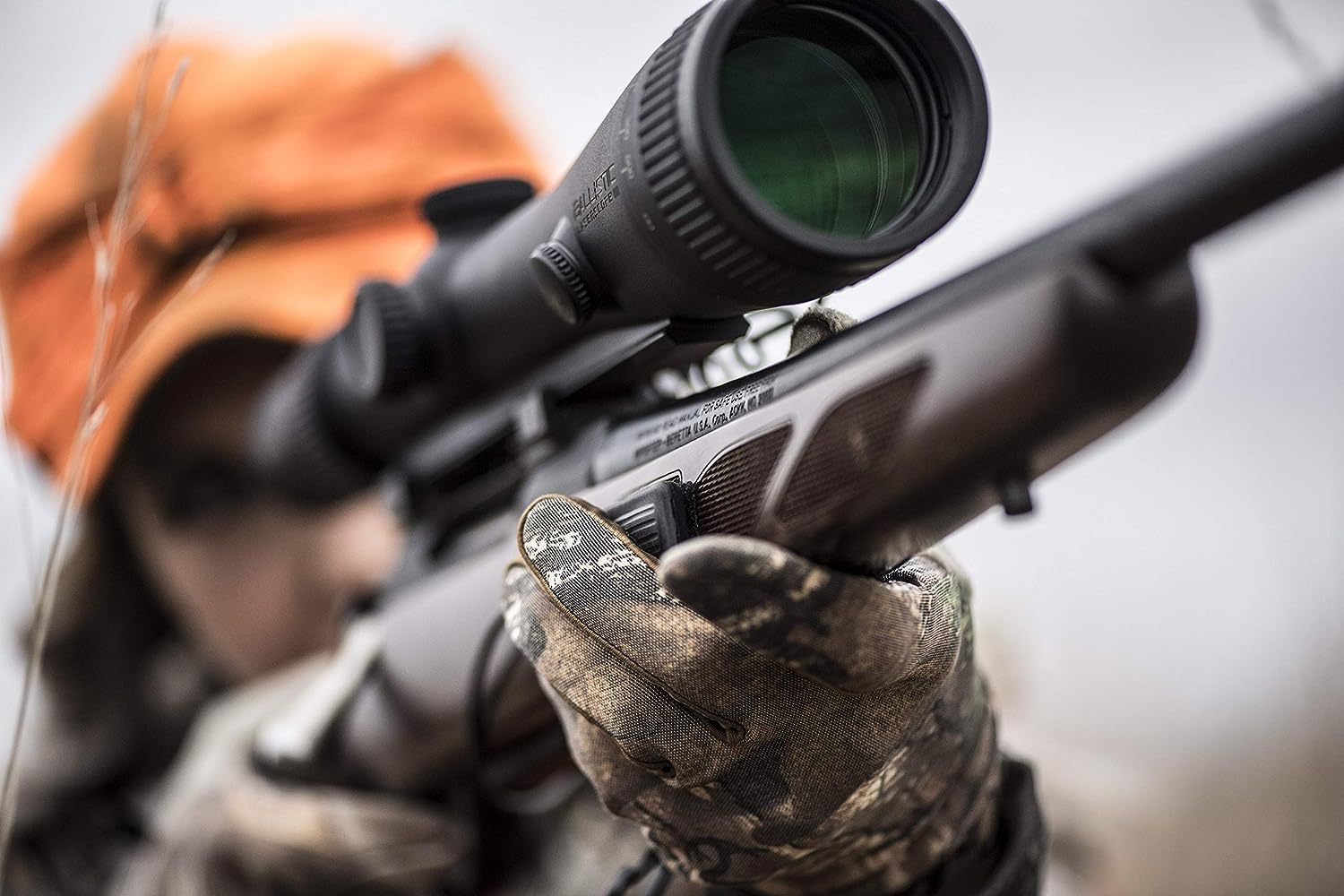 The turret adjustments of the Burris 200116 Eliminator 3 Scope fall in the category of 1/8 MOA each click. This riflescope, along with the Nikon IRT, isn’t difficult at all when it comes to zeroing in. As for the ATN, it features single-shot zero, which works very well by the way. And losing zero is not a concern with any model here.

Even turret trackability seems to be a flawless characteristic. And that’s because the holdovers are used for various ranges.

The one advantage that Burris offers is that it keeps the scope running in the normal mode once the battery dies. The same applies to Nikon. But with ATN, you can only see blackness through the screen after the exhaustion of the scope’s battery life.

However, in all 3 cases, the batteries run out pretty fast.

High-technology riflescopes, more often than not, are bulky and heavy. So if you’re looking for a lightweight scope, you might want to check out this comparison table.

When it comes to long-term value, none of the models let you down. But the Burris Eliminator III riflescope offers a better deal because of the Lifetime Warranty.

Q1. Is the remote control version of the Burris Eliminator 3 riflescope available?

The answer is YES. The Eliminator III came out when remote control technology wasn’t available. But just when that changed, Burris didn’t take time to create the remote switch for activating the button from just about any convenient and comfortable position. The cable is very flexible. Thanks to its 14 to 24 inches length.

Needless to say, you have to shell out a lot more dollars to get your hands on that remote cable scope. So unless you don’t have a problem with working the button, there’s no need to spend extra.

Q2. How to use the LaserScope feature on the Burris Eliminator 3 riflescope?

When using traditional rangefinders, you simply have to do some aiming and pressing to achieve the distance. And the same applies to the Burris Eliminator 3. You can press the button installed on top of the scope’s objective bell or in the front. Once you do that, the distance reading appears.

The button is known as On/Range. Just when you press it, you’ll see the illuminated aiming dot of the reticle. And then the distance, as well as windage offset, is displayed. This means no more guesswork as far as bullet drop recompense is concerned.

Q3. What do the numbers on the lens of the Burris Eliminator 3 riflescope mean?

The values illuminated on the scope are very useful for making not only long-distance but also well-placed shots. The lens’ top center consists of a large list of numbers, which indicate your distance to your target in the units of either yards or meters.

The letter in the top left is what represents the measurement setting. It’s either M (meter) or Y (yard). Then higher up is the indicator of battery life. And when you move left, you’ll see the value for windage offset. For example, 10 mph.

Q4. What is the range of the Burris Eliminator 3 riflescope?

Zeroing in on a target as far as 1,200 yards or more is a possibility. But just because it is doesn’t mean you should choose to aim that far. Hunting live game at such extremely long distances is considered to be immoral and unethical. The situation is also based on factors like atmospheric conditions, bullet coefficients, and caliber.

The thing about long-range shooting is that it’s not for everyone. The activity demands a lot of experience and practice. But with the perfect combination of a good scope, rifle, and ammunition, you can develop long-range skills by aiming paper or steel targets.

Q5. What does the X96 reticle of the Burris Eliminator 3 riflescope do?

This particular reticle is very simple. Even though it’s labeled as advanced ballistic!

The windage dots span over the lens’ lower half. Nevertheless, the crosshairs are far away from spanning the whole viewing field.

The reticle is innovative, no doubt. But that doesn’t mean it has to be cluttered as well. On top of that, you can use the retile at whatever magnification range you like. Apart from the full power of course!

In all, the X96 reticle, out of the 27 reticles offered by Burris, is quite neat. So is the Burris 200116 Eliminator 4-16 x 50 x 96 Scope a practical choice for hunting? Yes, practicality is a part of every category on the Burris Eliminator III. The only major concern here is that the riflescope works best only for extremely long-range conditions. As a normal hunting scope designed for first shot strikes, the Eliminator 3 is not so good.

Nevertheless, if you wish to improve your long-range skills without spending too much time and effort, you’re looking at the solution right in its face. When you consistently practice with the right kind of equipment, you can achieve favorable results.

So keeping that in mind, the importance of this Burris scope cannot ever be overemphasized. Not as long as long-distance targeting is concerned.

Top 3 Best Waterproof Tactical Backpack: What You Need to know

Nikon Aculon Rangefinder Review: Everything You Need to Know