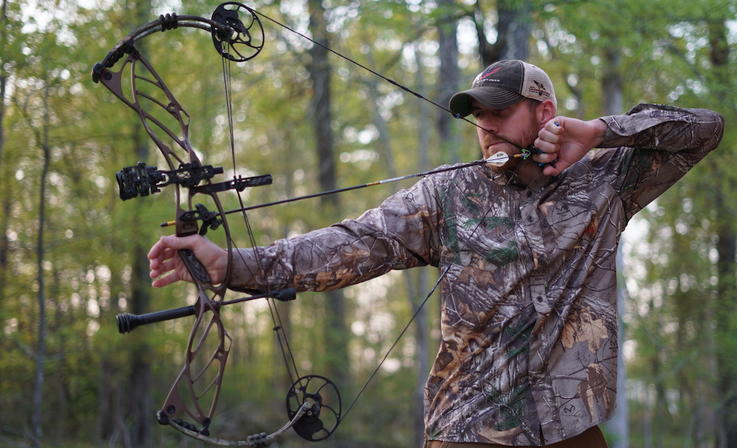 How To Aim A Bow Without Sights

To the vast majority of archers today, the thought of aiming your bow in the absence of a designated bow sight could easily be seen as a novelty idea. However, the practice of using sights when aiming is a relatively recent development in the world of archery, with the practice coming into prominence with the advent of the compound bow in the last 50 years. However, this leads many to wonder how to aim a bow without sights?

Before the development of modern bow sights, archers throughout history have utilized an instinctive shooting approach when seeking to place arrows as desired. Although somewhat primitive in relation to today’s sight based archery practices, instinctive shooting is just as effective in the modern era as it has been for much of time.

What Is Instinctive Shooting?

Instinctive shooting is the act of staring solely at your target upon taking a shot while trusting split-second decision making to guide your arrow as one would hope. Shooting in this manner relies more on muscle memory, extensive practice, and sub-conscience decision-making than actual aiming.

Instinctive shooting could be closely compared to shooting a basketball. A basketball player has no specific markers or indicators to base their efforts off of when attempting to place the ball in the basket, much the same as an instinctive archer has no sights to meter the delivery of their arrow. Instead, a basketball player uses distinctive, well-adapted muscle memory to shoot the ball with the given trajectory that is needed to make a successful shot.

Just as when shooting a basketball, an instinctive archer only becomes proficient in their craft through unrelenting practice and repetition. Through this repetition, as well as trial and error, a natural ability to aim with efficiency in the moment without apprehension is developed. After a period of dedication to the task at hand, an instinctive archer can shoot with a high degree of efficiency at a multitude of distances. 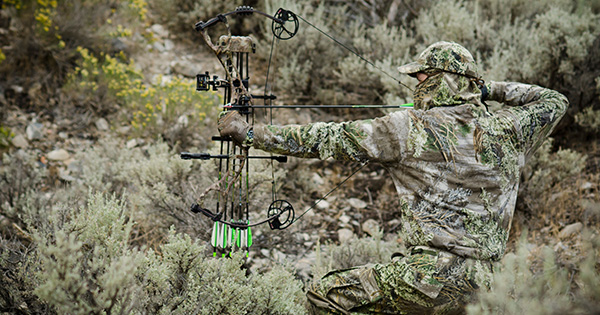 How To Begin Shooting Instinctively

Instinctive archery is not a craft that is mastered overnight. On the contrary, mastery of instinctive shooting is only achieved through countless hours spent with a bow in hand. However, few achievements are as gratifying as that of harnessing the ability to draw and shoot your bow with nothing more than your intuition.

One of the best methods to utilize when beginning your journey in the world of instinctive shooting is to practice at minimal distances of no more than 5 yards. Additionally, large targets can be used to safeguard against the probability of arrow loss during the onset of this practice. Many individuals choose to back their target with a round bale of hay to further elevate woes of arrow loss.

When shooting at minimal distances, an archer is allowed to concentrate solely on his or her form, thereby building favorable habits, leading to increased accuracy in the long run. A particular point of aim can be noted on a target at this minimal distance, with the end goal of being able to hit this predetermined point consistently. While it will likely take some time to reach this goal, with diligence and determination, success will be achieved.

Once you have succeeded in gaining consistency at short distances, it will now be time to increase your distance by five yards. Your shooting at this distance will be conducted in the same manner as it was when shooting at the distance before. Continue to focus your efforts at this distance until you become proficient in your marksmanship before moving further.

By continuing this progression, you will gradually extend your range, while simultaneously ensuring that attention is given to maintaining proper form. This is of vast importance, as in the absence of consistent form; an instinctive archer can never reach their full potential. 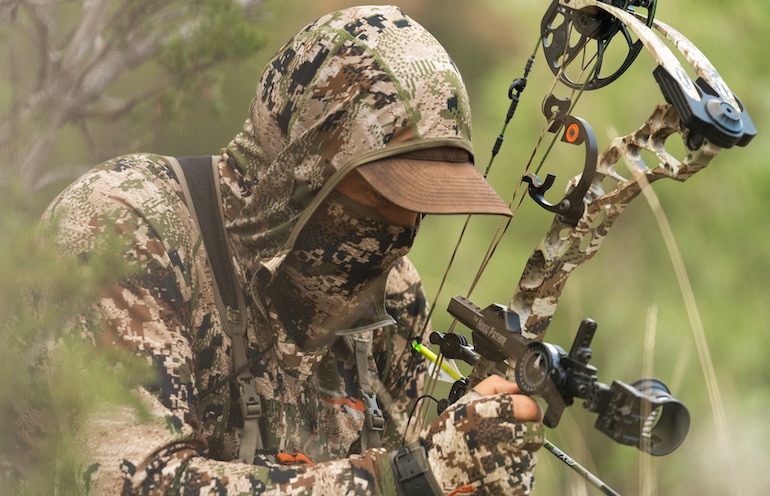 Value Of Aiming Without Sights

In this modern era that features several technological advancements in the world of archery, many wonder why an individual would forgo the use of sights. In actuality, there are many reasons that archers choose to shoot without the aid of a dedicated sight, many of which are specific to the individual’s goals and prior experiences.

While pure instinctive shooting is conducted in the absence of any available use of measurement of a form of reference for aiming, several alternative options exist for those that wish to shoot without the use of a sight.

For additional reference material pertaining to shooting styles that are utilized by those that do not use bow sights, check out this helpful video: https://youtu.be/jkF8h5PZGQc

Shooting your bow without the aid of a dedicated sight can be quite challenging. However, with ample patience, unrelenting dedication, and strict adherence to remaining consistent in all aspects of form, you will be well on your way to experiencing the joys of shooting as our ancestors had throughout history. Above all else, take pleasure in the learning experience itself, as with every challenge faced along the path to success, your archery prowess grows and long-lasting memories are made.

How to Choose a Satellite Phone for Hunting?

8 Types of Gear to Grab for Your Next Camping Trip

What Is a Felling Axe & 5 Reasons to Buy One

A Guide to Travelling Outdoors in Iowa

What Kinds Of Range Finders To Use While Bow Hunting?

6 Hunting Gadgets You Need for the Perfect Hunt
What type of Live bait should you use for saltwater fishing?
10 Essential Kayak Fishing Tips for Newbies
Top 3 Best Waterproof Tactical Backpack: What You Need to know